Simply could not pass up this opportunity to bring some laughter for my readers! This was shared on Twitter and is a must see for everyone~sit back and be prepared to laugh like you haven’t for some time!!!!

~Ken Pritchett also known as @RedDotRedState on the social site twitter is making his bid to bring CONSERVATIVE VALUES back to Washington~ He is running for the Senate from the great state of Alabama!
~Ken states,”My goal is to be one of many ordinary citizens fighting to wrest power from the elite. The brokers of power at all levels of government have forgotten their duty. Personal gain in wealth, power, or both, guide their actions.”
~Ordinary people are exactly what we need to represent us, they know the struggles of what the average “Joe” goes through on a daily basis to make ends meet in these most peril of financial times. We have repeatedly re-elected people who have made promises only to do an about face once elected. We refer to them as “RINO’S,” (republican in name only).
~ Ken futher elaborates with,”Senators switch party affiliations for political expediency, stories of corruption abound, officials are allowed to lie and obfuscate with what appears to be complete immunity. Meanwhile, the citizens who elected them are bought off with tax payer money and patronised. This cycle must come to an end if we are to regain our lost freedoms, end the “tax and spend” method of government, and reign in a government which has simply lost all control.”
~This is all to familiar and we need to end the entitlement of those we elect to take our votes and then proceed to govern with a blatant disregard of principles and values for that of greed of power.
~~My Goals for the people of Alabama~~
Energy Policy:
For far to many years, the energy policy of the United States has been under the control of politicians and bureaucrats who all share a very strange view of our nation’s resources. They believe that our own resources are not to be touched. Refineries cannot be built, oil wells cannot be drilled, coal fields and government lands are declared off limits to development. We cannot even build a nuclear power plant due to the cost-inflating regulations. A huge amount of our energy is imported. This raises the cost to Americans and makes us vulnerable to foreign influences. It takes money out of our economy and destroys jobs.
First Amendment Rights:
The political nature of the Fairness Doctrine is obvious, since only one media format is being targeted. There is no cry from its supporters for fairness in the newspapers, or network news broadcasts, or televised talk shows, or even sitcoms and children’s cartoons. Free speech, especially political speech, is a cornerstone of our free civil society. Removing even one outlet, threatens all of us.
Fiscal Responsibility:
It is a simple, but often ignored fact that the government has no money of its own. Every single penny must be taken, by force, from the citizens. It is another simple fact that the government cannot possible spend money as effectively as the free market through private citizens. And, because it is wasteful, government expenditures distort market prices and destroy capital. Coupling these three facts together reveals a mandate that the government must spend, and therefore collect, as little money as possible
Foreign Policy:
I am not a protectionist. I do not believe that America should only be focused within its own borders. On the other hand, we cannot be the world’s police force. We should support our allies, assist in natural disasters or other humanitarian crises, and help keep free peoples free. Threats to our national security or citizens abroad should be met with swift, harsh, and deliberate action. Outside of these general guidelines, our involvement in the affairs of other nations should end.
Right to Life:
As a Christian, I believe all life is sacred, especially the life of an unborn child. Our Supreme Court used an invented, extra-constitutional right to force abortion on the entire country. So, while I am personally against abortion, and will support programs which limit the number of children needlessly killed every year, I realise that this is a very personal issue, and therefore best left in the hands of the citizens on a state by state basis.
~To learn more about this up and coming candidate check out his website @
http://www.pritchett4senator.com/ To the People of Alabama I urge you to get to know Ken, see his passion, his desire to serve you and bring back the Conservative Values that we so need!
“Candidate Ken Pritchett is for the people of the Great State of Alabama. Unlike some candidates that you can never really get in touch with, Ken is really for the people. He welcomes your views and comments and would love to hear from you! Your input is important, you should always be able to reach your Candidates and politicians!
Ken Pritchett makes this easy! Please feel free to send your e-mail to
campaign4kenpritchett@live.com
Your thought’s and comments are very welcomed!
Thank-You and God Bless America!”
~God Bless you Ken for your desire to make our country a better place~

~This is not a call to battle, to go to war, but a call for those who believe in the rights of freedom of speech, the right to assemble and the right to live in a land free of oppression to stand with us for ~ A FREE IRAN~
~On the social site “Twitter” we have witnessed a wave of green avatar’s as we show our support for our brothers and sisters fighting an unjust, fraudulent, oppressive and tyrannical regime.~
~As we approach the 4Th of July and we celebrate our independence let us remember their suffrage and take not for granted what we inherited~

~A COUNTRY IN TURMOIL~ 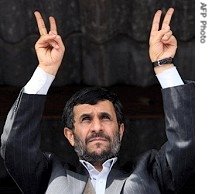 ~Once again, we see the sign of victory coming from the east as the President of Iran reportedly wins elections. The country is in turmoil as it fights for freedom from Ahmadinejab and his minions. Most forms of communication is down or limited by this regime that spews hatred to the people of Israel and other nations that support her.
~Twitter is enabling some of the people of the country to get accurate information out to the world and even alarming residents when traps are being set.
“NEWS: The correct votes were 19,7M Mousavi, Karoubi 7M, Rezaei 3M, Ahmadinejad 7-8M” this was read on twitter earlier today. Showing there is doubt that this elections was a legal or that it should be acknowledged. Mousavi is under arrest but has many supporters are now involved in protest, demanding freedom from the oppression.

Where is Barack Hussein Obama and his Secretary of State, Hillary R. Clinton? All I have heard is that they are monitoring the situation, meaning they are most likely applauding the results and doing their “change and hope” happy dance. Meanwhile we have a country in turmoil, people are being dragged out of their homes and being beaten, arrested and the US Government remains silent while many citizens of this country share in the Iranians plea for freedom and justice as we face the same type of oppression slowly coming from our own worthless leaders who are intent of bringing us to a nation being fully controlled.

People of Iran, We stand with you for your fight against oppression and pray for your safety